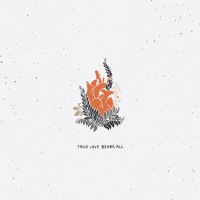 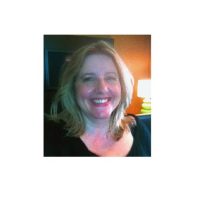 I originally posted THIS REVIEW for This Song Will Save Your Life back in October of 2013. However, I absolute LOVE this book and still recommend it to people! That said, I noticed in a post from Fierce Reads that it is currently on sale in ebook form for $2.99.

Do yourself a favor and GET THIS BOOK! Emotion wise this book is spot on as far as being completely realistic. Plus the idea of it revolving around DJ’ing is different from other ideas in YA.

So, check out my review from way back on TSWSYL and then head here for Kindle to get your copy.

SUCH a great book!

Making friends has never been Elise Dembowski’s strong suit. All throughout her life, she’s been the butt of every joke and the outsider in every conversation. When a final attempt at popularity fails, Elise nearly gives up. Then she stumbles upon a warehouse party where she meets Vicky, a girl in a band who accepts her; Char, a cute, yet mysterious disc jockey; Pippa, a carefree spirit from England; and most importantly, a love for DJing.

Told in a refreshingly genuine and laugh-out-loud funny voice, Leila Sales’ THIS SONG WILL SAVE YOUR LIFE is an exuberant novel about identity, friendship, and the power of music to bring people together.

First of all, thanks to Fierce Reads for sending me this in a prize pack! I’d been wanting to read this since hearing about it over the summer and was glad for it to arrive in the mail. Elise was a different character. She tried SO hard to gain popularity, but her plans to move up the social ladder just weren’t as on-target as she hoped they would be. In fact, a last-resort attempt at suicide just lands Elise even LOWER down the popularity scale. I think that Elise might be a good voice to many teenage girls due to her attempts at popularity and her eventual lesson. I loved the other characters though. I found myself rooting for Vicky right along with Elise. I also had hopes for Char, but I won’t spoil that ending 😉 All in all, Elise learns what she really wanted in life–and that ultimately leads to what, I think, provides a great lesson for the reader and  is the exact thing makes this book so special. So many teenagers need to learn from Elise’s journey- follow what YOU want and see your acceptance in those who love you, not in those you WANT to love you. The people who really care will be there the entire time. I’m so thankful to have had the chance to read This Song even though I’m older than Elise.

I highly recommend This Song to anyone around Elise’s age or even those who need the reminder of how hurtful teenagers can be. I know that the book is a reality for some and this can be a huge reminder.

Why did I put off this book for so long? I made a vow to myself before I started The Selection that I wouldn’t buy anymore books until I’d dwindled down my list of new books. I’m now wishing that I hadn’t said that because I’m now dying for the second book, The Elite.

America is such a fun character! I loved her determination and her reasoning for everything she ever did. Her attitude was perfect in a sea of girls who were there to fight for the crown.

I still can’t decide if I like Aspen. I GET his reasoning- I really do, but he still ticks me off and is no comparison to Maxon. I’ve said time and time again that I’m a sucker for anything remotely close to a fairytale and this is no exception. The Selection has great characters, an awesome story idea, and a pacing that flowed smoothly and quickly. I turned page after page and zoomed through easily and quickly. In fact, the only complaint I have is that I DON’T have The Elite waiting for me! I will also add that I’ve seen a couple complaints about how they don’t understand the backstory. It was thoroughly explained, in my opinion, and provided a strong substance to the world of pretty dresses and girls wanting to be the princess. The rebels were also a good addition and I’m assuming that we’ll see more of them in the future.

In keeping with my “only read books I already own but haven’t read” I’m now reading This Song Will Save Your Life by Leila Sales and am so far loving it, so look for that soon!